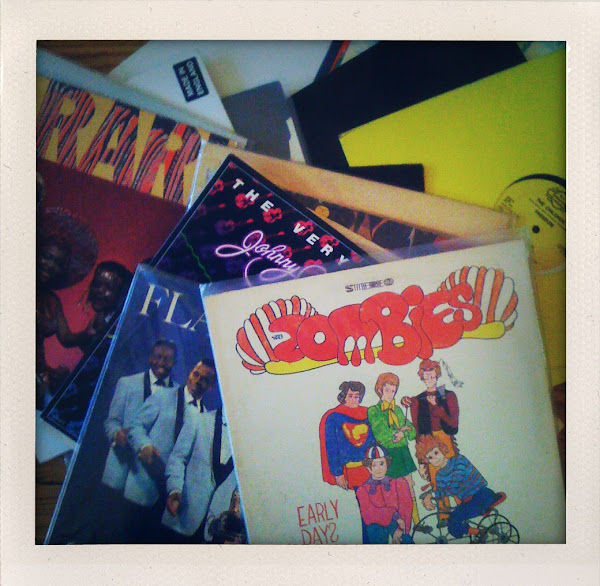 The WFMU Record Fair proved once again to be thoroughly educating. A guy named Max told me that The Beatles’ ‘Love Me Do’ was originally released on two small labels, one of which was in Philadelphia. They chose the one in Philly because of its proximity to American Bandstand, figuring the label would be able to get in touch with Dick Clark and get them on the show. Max owned every Beatles record in print.

I also learned from the only guy at the show who had a copy of The Zombies Odyssey and Oracle that if the label has two CBS logos on it, it’s worth $250. Too rich for my blood. I bought a copy of their Early Days album instead.

Most of the learning, though, was from the digging. Just like always. Below are some highlights from what I took home.