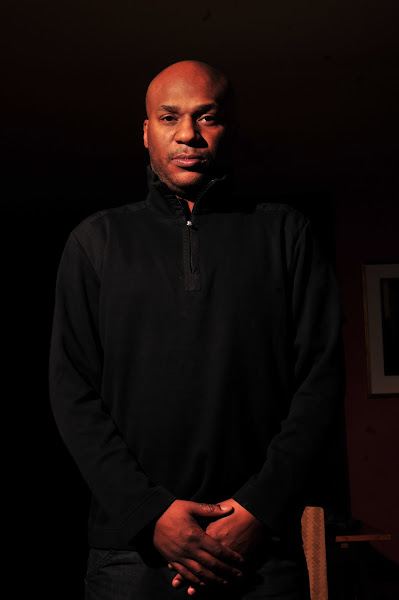 Before anything else, let’s just take a moment to say, “WOW.” This past Saturday night was just insane. To paint a little picture, we opened the window behind the DJ booth at 7:45am, and there was a subway worker dancing on the tracks of the JMZ. We hope you enjoyed yourself. And if you didn’t make it down, well, you’ve got another opportunity to come out this Saturday.

Our guest will be Traxx, a Chicago music maker and record player, whose recent LP, Faith, has gotten a good bit of well deserved attention, and whose DJ sets are said to be inspired. We had the opportunity to toss him some questions in the lead-up to the party, which we were very excited to do: He’s a man with a lot to say, as you’ll see below.

We’re looking forward to seeing you this weekend. Grab your advance tickets here, or RSVP to mister@mistersaturdaynight.com to get in for $10 before midnight. Now on with the show.

Mister Saturday Night: We’ve read quotes from recent interviews with you that lead us to believe that, when it comes to creative expression, you’re on the same page as us – that what is important is here and now. But a big part of being a creative person, especially a DJ or musician, is how you deal with the past. In your interview with Resident Advisor, you mentioned Ron Hardy and Larry Levan a couple times, though they both died almost twenty years ago. How do Ron and Larry relate to the here and now of what you are doing?

Traxx: They are only a fraction of what relates to me. In fact, regarding the RA Interview, all of my influences were not included… some which are Ian Curtis (Joy Division), Kurt Cobain (Nirvana), Danielle Baldelli (Cosmic Club), Bartel/Haas (Liaisons Dangereuses), James Brown, Talking Heads and many others I take influences from to create a hybrid blueprint of what could be in our future today for tomorrows’ music generation.

In my life these 2 jocks/producers did much more than the conventional club gig every weekend with the same song & dance. They took extreme risks not playing anything that fell into the charts of any kind, but music which intrigued me for many years and being able to listen over radio programs, cassettes and CDs or blogsites where you can hear what these people did in the early years. That has trained me without pushing for myself to be a DJ, which I’m not, to look beyond the central point of what is a DJ in these times now to how things were in the past.

T: As the definition states: Singlehanded means without any help from anyone else. Doesn’t mean only me in reference of the RA Interview. I did say it honestly but truthfully I speak of those, including myself, that support and have been influenced from throughout this life I’ve filled musically, such as JTC, Carlos Souffront, Tiny Josh Werner, Mick Wills, Theo Parrish and Porkchop sets my standards high. The HUGE and upmost noticeable difference between myself and the other artists that have “gotten on” or “made it”… (to be simply put) ARENT SCARED TO TAKE RISKS/CHANCES with their ideas towards work/music.

These are ambassadors of truth in my book yet there can also be more. Meaning there’s many others out there but I haven’t heard. Not saying I’m unwilling, which I am. I only would like whoever it is I see [to] bring something special that will resonate on my perception.

When speaking of truth I wrote above (scared to take risks), I have no problem saying what I’m about to say regarding artists I know or don’t know, but I won’t point out a finger directly at anyone. But if you’re reading this, perhaps it could be you I’m discussing.

Before anyone heard of me in the popular scene I was already playing 10 years before the years of 1997-present (with the exception of a few artists), the so called circa of DJs back then known as “house jocks” of Chicago/United States/Worldwide have been polluting clubs with the same tired tracks, the same tired sounding production that it sickens me that these heads get the PRAISE that they do for the same sounding garbage that was easily noticed in the early late BEST mix tape days (1995-1998 IMO). Every mix tape these heads put out, sounded EXACTLY the same, and to this day, they still sound the same… and they’re getting paid to play to crowds of 10’s of 1,000’s of heads who [wouldn’t] really know good music if it ran up an stamped the word True or False on their forehead.

If you can understand I’m simply saying the DESIRE for playing vinyl is soulless. To be felt from your HEART when playing, there’s no focus. People don’t care about music unless it falls to their taste, not for exploration. This is Truth when you can play and people take notice, I believe which could be anyone & everybody’s quest/destiny. Talking about the global need for more genuine and honest expression from people making/playing music today… It’s also about being connected to a certain type of musicality as well. Cultures play a significant role in this question.

MSN: Regarding the LP you released in October, you used vintage equipment to make much of (or perhaps all of?) that release. Do you think about those machines as timeless instruments, as a current rock band might imagine their bass, drums and guitar? Or is there something you’re trying to say about the time when those machines were created and predominantly used?

T: Faith and everything I’ve ever made since the Dirty Criminals was entirely produced created on vintage equipment which are timeless instruments that I will always use because I don’t have money to buy everything else which would be digital.

About creating music… I honestly never wanted to do it.. I just always wanted to play the music… I guess also because I never saved my money to ever buy gear back then. Now I’m grateful for the gift I believe I was meant to have. I’m still a novice at this. It’s not like I’m some kinda genius… I just do what I learn and broaden my experience each time I turn on my machines.

I have a couple VST keyboards programs but not a midi controller. I am saying about the time of when music was made it had a Special Significance that didn’t fade away. It’s actually finding an outlet to escape out of its hibernation that many put to the side as a fad that once a style comes in goes out, which is completely not correct and misleading IMO.

For Faith it’s a breath of fresh, raw, GRITTY air, that has some elements of actual soul essence to it, which most albums nowadays severely lack. I would rather release every 3-5 years, rather than every 1-2, so I can build the suspense of the wait, makes it more worth it, at least that’s how I feel.

MSN: You’re DJing at our party, so let’s talk about you as a jock. A lot of people talk about you as if your sets as if they are a performance (which we’re happy to hear you talk about if you’d like), but what about your technique? Would you say that there are any things that are particular to the fundamentals of how you DJ?

T: I have no particular style or technique to how I play. I choose music at random… simply “unsafe” music, anything/everything that stirs up darker emotions, and challenges the listener who wants to take a REAL musical journey. There will be lots of material that will played only on that evening: rare tracks from Ron Hardy, Lil Louis that have never surfaced before. Obscure Disco Not Disco, Retro-Neo EBM, maybe some punk, musically.

To be honest I believe there will be several people really paying attention, while others are just there for the hype… I’m simply human… and no one is perfect. Nowadays the dance music scene makes me upset, and it’s rare to ever get to hear something I actually like, although several years ago I think the state of things back then was very exciting… plus many promoters in the dance scene (not all) have their heads up their asses, not willing to have an open mind to try something they haven’t before.

T: As one of my main musical collaborators, James T Cotton (Tadd Mullinix aka Dabrye Sturn V, 2AMFM, X2), said it, I think is the best way to answer this question:

“While many DJs can’t successfully execute their ideals in their own productions, his music is exactly the kind of amazing stuff that he would spin. His overwhelming passion for great music comes through in his production. The pinnacle of his art, whether he is DJing or producing, is his ability to seize the moment and make crucial changes only when they are necessary. His art is not just a ‘back to basics’ approach, but a refinement of styles that have been abandoned for music with slick transitions and needless ornamentation. This is Jakbeat in its rawest form.”