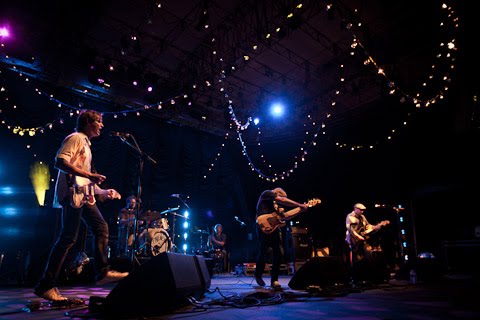 When I was 13, I listened mostly to the radio. Entering the eighth grade, I became friends with a group of kids whose older brothers were going to UNC Chapel Hill, a beacon of indie rock then and now. Because of the college town’s stalwart venue Cat’s Cradle and labels like Merge, kids leaving little towns in the south like mine could get exposed to high-quality music and in turn send it back home for the younger ears to feed on.

Pavement was the first thing to catch my ear in those roundabout dispatches, my main entry point to indie rock and non-commercial music in general. Their music was immediately accessible, full of hooks but with a spirit that wasn’t definable. I spent the next six years memorizing their absurd lyrics and trying, unsuccessfully to see them live, unbelievably bummed when I found out (as an intern at their home label, Matador Records, no less) that they were breaking up. I’d missed my chance to see my favorite band live.

But now, more than ten years later, I’ve got tickets in hand to go and see them with Eamon and our friend and MSN blog writer Eli Dvorkin tonight in Central Park, and from all reports they’re as good as they ever were back then. If you don’t have tickets, it’s beyond easy to get one even though they’re sold out. People were supposedly selling them outside the venue for half of face value, and they’re up on Craigslist for super cheap. And if you can’t go tonight, fear not! They’re playing tomorrow and Friday.